A Brief History of Alcoholics Anonymous

Alcoholics Anonymous and its 12 step method have helped millions of people successfully stop drinking. These “few simple steps” is the only method that works for many trying to recover from the disease of alcoholism and addiction.

Alcoholics Anonymous was started in post-prohibition America by Bill Wilson and Dr. Bob Smith. The two are referred to simply as Bill W. and Dr. Bob by members to honor the core principle of anonymity.

Alcoholics Anonymous has its roots firmly in the teachings of the Oxford Group.

The Oxford Group was formed in the 1920’s by American missionary, Dr. Frank Buchman. Originally called “A First Century Christian Fellowship,” by the 1930’s it was known as the Oxford Group. tel:888-906-0952

The Oxford Group was a Christian society, the members of which had surrendered to God and sought to live a spiritual life divined by God. They contended that God’s will could not be done if one was living in fear and selfishness.

Members were encouraged to live according to the group’s moral standard, known as the “Four Absolutes,” which are Absolute Honesty, Absolute Purity, Absolute Unselfishness, and Absolute Love. The group’s purpose was to rid sin from people’s lives and it viewed alcoholism as a moral deficiency.

Bill W quit drinking after Ebby Thatcher, his former drinking buddy, introduced him to the Oxford Group. Ebby approached Bill W with the declaration that “he had got religion” and explained how he had been able to put down the bottle thanks to the teachings of the Oxford Group.

“Why don’t you choose your own conception of God?” Ebby asked Bill W.

These words marked a turning point in the formation of AA. They allowed Bill W to finally stop fighting religion and move past one of the great hurdles that prevented him from staying sober.

Though Bill W credited the Oxford Group with saving his life, in 1937 he and Dr. Bob Smith broke away over a variety of fundamental disagreements, including the religion-centric views and tendency of self-promotion.

In June of 1935, while Bill W was in Akron, Ohio he was struck with the urge to drink. By then, Bill W knew he would be susceptible to drinking if he did not try to help another person who was 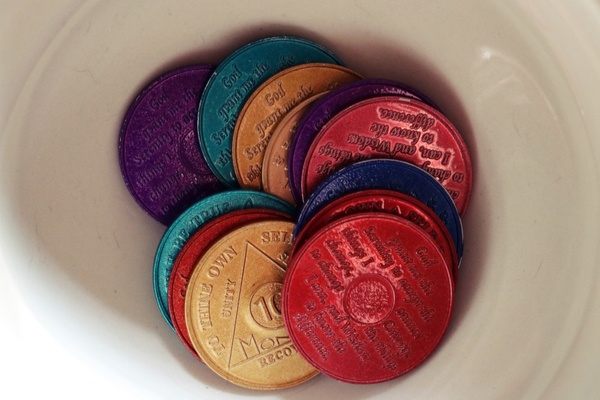 The pair’s conversation became known as the first meeting of Alcoholics Anonymous. They began actively seeking other alcoholics driven by the belief that “only an alcoholic can help another alcoholic.”

In 1937, the success of the small fledgling groups that had cropped up in Akron and New York proved that they were, in fact, effective in getting and keeping people sober.

The book Alcoholics Anonymous was published in 1939 as a collaborative effect of the first one hundred members of the group. The “Big Book,” as members now refer to it, was written with the purpose of communicating the group’s message and spreading their new found solution to those still suffering from the disease of alcoholism. By the end of 1939, the young groups had adopted the name of the book from which they derived their teachings. The publication of the book marked the end of the experimental phase of the program.

The success of Alcoholics Anonymous is due to the 12 step approach by which the groups abide. These steps are heavily influenced by the principle teachings of the Oxford Group, but were expanded and revised to focus solely on promoting sobriety.

The Twelve Steps are a method by which people are guided through to successfully recover from alcoholism. The steps have now been adapted to help people recover from any addiction or negative behavior. The twelve traditions are guidelines for the successful functioning of the individual groups and all of AA.

One of the most significant changes to the original concept was the introduction of the idea that members could choose a “God of his or her own understanding.” This personal conception of a higher power could be relied on for members who were not comfortable with the idea of a Christian God. The “spiritual, not religious” aspect of the program has made it accessible to people of any religion, spiritual beliefs, or lack thereof.

Another fundamental change from the Oxford Group was that AA members were to abide by a principle of “attraction rather than promotion.” The fact that AA is not “allied with any group… nor opposes any causes” is one of founding principles that has kept the program thriving.

As stated at the beginning of most meetings, “the only requirement for AA membership is a desire to stop drinking.” However, Alcoholics Anonymous does encourage members to work the Twelve Steps with a sponsor. The sponsor is someone who has already worked the steps and can lend guidance and support to the newcomer.

Prior to the publication of Alcoholics Anonymous, alcoholics were thought to simply suffer from a lack of morality and character. The prologue, The Doctors Opinion, contains a letter written by Dr. William D. Silkworth, who once treated Bill W for alcoholism in New York.

Silkworth was the first to describe alcoholism as a disease and explained that alcoholics are “both bodily and mentally different” from non-alcoholics. He further describes aspects that had previously baffled those who suffered from the disease, the characteristic three-pronged manifestation of an “allergy of the body” and “an obsession of the mind,” combined with “a spiritual malady.”

The revelation that alcoholics are in fact suffering from a disease and not simply bad people has allowed many to overcome their addiction to alcohol.

The book has undergone several revisions since its first publication. Many other 12 step programs have also been started thanks to the pioneering works of Bill W and Dr. Bob. The number of AA members has steadily grown and spread across the globe.

Today, Alcoholics Anonymous has an estimated two million members. There are an estimated 115,326 groups in over 175 countries worldwide, and the numbers are still growing. 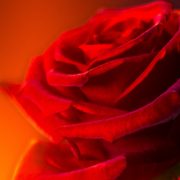 Rehab Romance: What is 13 Stepping?

How Do I Know if I Need a Support Group? 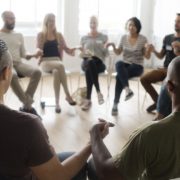 The Difference Between IOP and 12 Step Meetings 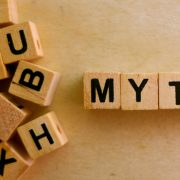 How to Help Someone Through a Relapse