The Nature vs Nurture Argument and Substance Abuse

The debate between nature and nurture goes back as far as the dawn of time. As long as humans have been curious, debates about the origin or cause of such problems as substance abuse have existed.

And this debate is an important one. Understanding what causes a person to use a substance such that it destroys lives is critical to finding how to best prevent and treat the issue.

In the last half century much progress has been made in understanding that substance abuse is in fact a disease, however the exact cause of the disorder is still not fully known. As medical research and genetics push forward, our understanding of how genetic variations influence behavior.

Still, even if one has a critical gene, it seems that often there must be some sort of environmental stimuli that causes the activation of said gene, thus causing the individual’s sensitivity to a given substance. This, of course, is somewhat simplified.

In reality, it may prove that the activation of several genes that interact with each other must be activated, or one always is activated, but the sequence of genetic transcription must occur in such a way that the outcome is a higher sensitivity to some substance, thus causing the individual to be vulnerable to overusing it.

The debate should not cease, given how far we are from having such god-like knowledge of what and how we are made such that individual choice is less influential than the dominos of one’s life.

Substance abuse is generally accepted as a family disease, however, that statement does nothing to determine whether it is one’s genetic code or upbringing that determines whether he or she too will develop an addiction.

“We have not yet isolated the factors responsible for the difference in addiction liability; one factor seems to be passed on from generation to generation,” (Volkow, 2012). In 1967, early genetic research proposed by Nichols and Hsiao suggested that a genetic factor might help explain the development of addiction in individuals.

Today, the research has exploded, increasing dramatically every year as research based on previous research exponentially raises the amount of data from which scientists can pull. Despite the advances in technology and the increase in understanding of how we humans work, science is still some ways from finding the gene responsible, if it is a single gene at that.

“When exposed to high psychosocial adversity, male individuals in our study with the LL genotype of the serotonin transporter length polymorphism exhibited more hazardous drinking behavior than those carrying the S allele or those without exposure to adversity. While the L allele relates more strongly to early-onset alcoholism, the S allele may be more closely linked to alcohol use that is associated with anxiety and depression.” (Spanagel, 2010)

The above exert suggests that even without the smoking gun of genetic markers proving a genetic factor that results in addiction, some evidence is accumulating that points to addiction and addictive behaviors as causes of owning a specific genetic code.

Further genetic research states that “existing knowledge from twin studies that indicates both the substantial heritability of substance-specific addictions and the genetic overlap across addiction to different substances.” (Agrawal, 2012)

The addiction of different substances seems to point to a causal relationship between different genes. Determining how all these genes interact or don’t interact with each other, other critical genes regarding behaviors that, for instance, suggest a role in regulating stress, has yet to be determined.

Science is never about proof, but about theory, a way to explain the world around us. We have yet to establish any clear theory that explains the relationship between genetics and addiction. As far as the role of certain genes in the development of addictions, there are more than a few bright signs, but no conclusive theory has yet to be established. Researchers still propose that “the heritability of substance use is moderate to high,” (Jacequeling M. Vink, 2016).

Imagine getting up in the middle of the night as a young child because you had a bad dream and you’re scared. You go to find your mom, but she’s passed out on the couch or bathroom floor.
As you get older and the adults around you drink with dinner, after work, by themselves, or maybe use other substances in combination. You ask for advice for how to handle stress associated with school or friends and they can’t come up with anything except to numb the pain “with this” as they hand you a drink, smoke or whatever else.

People who grow up surrounded by substance abuse are at a grievous disadvantage. The critical lessons about how to interact with others and the world in general are simply not learned. Instead, the person may pick up unhealthy coping skills in response to stressful, even normal life events.

As the person gets older and experiences stresses similar to their parents — money, relationships, etc., he or she might be invited to join the parents in drinking or using. The individual begins using substances to handle life experiences at a young age.

Alternatively, he or she might be banned from the practices of the adults. This too can prove detrimental as the individual has no other coping skills. He or she might proceed to using other substances or simply hiding and lying about using. This promotes dishonesty, lack of trust and discord within the family, which collectively has few or no healthy coping skills to handle such problems.

Domestic abuse and trauma also contribute to substance abuse. Any traumatic event that plagues a person’s psyche can lead to a variety of cognitive distortions, mood issues, self-esteem issues, problems with belonging, bonding and relationships, among others.

Additionally, substance abuse and domestic abuse are often correlated, but not always. Either way, the lessons that such dysfunction teaches the children are not good. Low self-worth, violence over communication, using to escape reality, discrimination against a certain sex or ethnicity as well as a host of other maladaptive and down-right wrong ideas.

It has been said that to raise a child, a village is required. However, that village — or neighborhood — when devastated by substance abuse has little to offer the younger generation. Often, a neighborhood steeped in substance abuse and addiction also sees significant crime, which brings in a whole other universe of problems.

Gangs, drug dealers, poverty and little in the way of healthy influences sets the children in that neighborhood up for failure later on. A suburban neighborhood of pill-popping socialites is not much better. Both teach the wrong lesson about how to overcome life’s struggles. The difference, though, is the more affluent the more access to other influences and the better the person’s chances.

Generations of drug and Alcohol abuse rarely result in anything but a family history of early death, disease and incarceration. No matter the starting point, few families can withstand repeated abuse of substances and each other.

How Treatment Breaks the Cycle

Treating addiction is a little more involved than other illnesses. Treatment for the disease of addiction is different than treatment of cancer because the individual must learn new behaviors and coping mechanisms; it requires more time than a simple pill or medication regiment.

Learning about the disease of addiction helps people understand their triggers and responses, thus, removing the mystical aspect of the experience. All clients that come through ABT learn why they used and invaluable tools to overcome triggers and cravings for unhealthy behaviors.

Through the hard work and dedication comes a new lease on life. Treatment offers many people a chance to approach life in a whole new way. Now with healthy coping skills and communication techniques, the highly intelligent and capable individuals who have just entered sobriety can take control of their lives and future instead of simply reacting to others.

In a relatively short amount of time, the individual learns healthy coping mechanisms that will help him or her more adeptly respond to stressful situations for the remainder of life.

The sober community offers a judgment free zone where many people are ready and willing to go out of their way to help another. Helping someone else helps both individuals, so this act is not always selfless but does benefit the newcomer equally.

In contrast to the using friends you’ve move on from, this community in sobriety brings support, guidance and belonging. Stay long enough and you will find all that you dreamed of in the world of recovery. 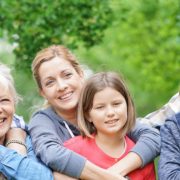 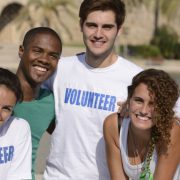 Top 3 reasons to be JAHCO accredited

Self-Esteem and Substance Abuse: The Elephant in the Room 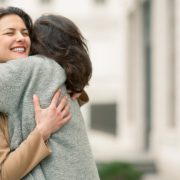 Preparing to Welcome Home a Recovered Loved One
0 replies

The Difference Between IOP and 12 Step Meetings