Why Can’t My Loved One Just Stop Abusing Drugs & Alcohol?

For friends and family members of someone in active addiction, the situation can feel like an exercise in insanity. The addicted person’s behavior can seem more than perplexing, and downright illogical.

The solution may be clear to loved ones – he or she needs to just stop using. But for the one struggling with active addiction, just stopping is not a realistic option. Your loved one has most likely experienced the physical and mental consequences of stopping and will apprehensive about wanting to go through it again. The fear that accompanies those who are struggling with active addiction regarding detox and withdrawal is too great.

Suddenly stopping can pose serious health consequences that may not be apparent to those who have no or little experience with addictive substances. In addition to the danger of stopping without proper support, the nature of the disease of addiction makes it extremely difficult for the individual to identify the substances of abuse as a perpetrator of the problem.

After years of drug & alcohol abuse, addiction is more complex when the body brings to depend on the substances that are being abused.

Need more help with Addiction?
Give us a call to speak with a professional.

Addictive substances cause devastation on the brain and the person in general.

Quickly the substance becomes more important to their brain than anything else, even survival.

As the individual becomes more and more distressed from the substance abuse, the more they turn to them for relief.

The brain ceases to appropriately identify what is good or bad and continuously signals for more of what is killing the person.

The Addicted Brain: How the Corruption of the Brain Enslaves Your Loved One

The disease model of addiction explains the effects of substance abuse on the individual by looking at the brain. The addicted brain is one that ceases to operate and react based on the same fundamental principles as healthy individuals.

Repeated use of mood and mind-altering substances creates changes in the neural pathways that govern our thoughts and behaviors. Drugs and Alcohol cause a massive influx of neurochemicals that are usually highly regulated by the brain.

The reward system in the brain involves the release of dopamine in response to a favorable situation. The amount of dopamine released when eating chocolate cake versus eating steamed broccoli is different because the chocolate cake has more calories and energy, which is favored by the body.

In response to more of what the body needs to function, it releases a greater amount of dopamine to signal that the chocolate cake is favored.

Addictive substances essentially hijack the delicate workings of the neurological systems. Drugs and Alcohol cause a flooding of neurochemicals that are associated with positive sensations and relations. It’s these extremely positive sensations that cause people to repeatedly go back to the substance for comfort or relief.

Emotional Dependency: The Downward Spiral of Your Addicted Loved One

The disease of addiction is a particularly brutal illness that affects the mind, body and spirit. Not only is the physical aspect of addiction intense and deadly, so too is the emotional and psychological aspect.

Problems of self-esteem, hope and emotional issues, such as depression or anxiety, can cause a whole different type of dependency. Emotional dependency occurs when an individual relies on a mood or mind-altering substance to ease any sort of internal discomfort. Anxiety, depression and social anxiety are just a few of the many problems that lead people to use addictive substances.

Many people turn to substances to ease the pain of a certain situation. In many ways, society accepts, or even glorifies such behavior. Just think of the term “liquid courage,” which signifies that the obstacles too great to overcome while sober can be conquered when drunk. We have a culture where pills are thought to fix everything, and problems are expected to be resolved within thirty minutes or less.

Those who are not yet physically addicted to their substances of choice still see significant disturbances and devastation as a result of their using. 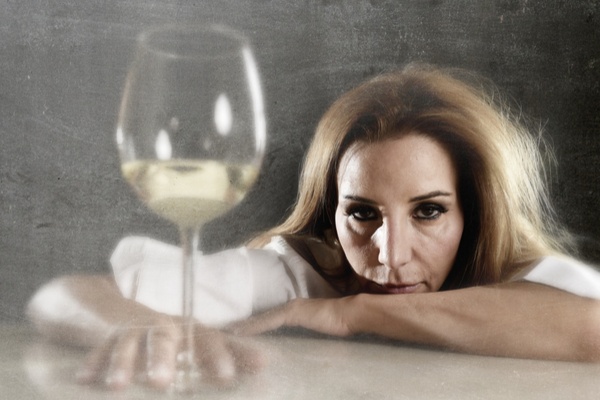 Going Cold Turkey Can Be Fatal: The Dangerous Withdrawals of Substance Abuse

Once physical dependence has taken hold of an individual, stopping the substance becomes more complicated than simply quitting.

Whether it be Heroin, Alcohol or prescription drugs, it is almost never recommended that a person simply stop using.

The physical and psychological consequences of stopping a substance cold turkey are significantly dangerous and professional help is needed to walk through the situation safely.

The brain and body become accustomed to the unnaturally high levels of neurochemicals and other changes to physical processes sparked by the presence of drugs.

The sudden removal of this influence causes a shock to the system. Different substances cause different specific reactions, but all can cause extreme discomfort, or even, potentially, death.

Every person reacts to each substance differently. This, plus the complexity and varying levels of intensity in the substances themselves make professional help a must. You wouldn’t try to treat diabetes or cancer by yourself, and addiction should be no different.

Benzos are some of the most dangerous substances to quit. These prescription drugs are highly addictive and have a massive impact on the processes of the brain and body. Common benzos are Xanax, Clonazepam and Valium.

Stopping any Benzodiazepines suddenly can result in life-threatening seizures. The full list of potential physical, mental and emotional manifestations of withdrawals is enormous and includes many extremely uncomfortable and dangerous symptoms.

Withdrawal from painkillers is notoriously difficult and unpleasant. Narcotic painkillers are available by prescription only when obtained legally. However, use of these drugs for even a short amount of time can result in physical dependence and withdrawal if stopped suddenly.

Prescription painkillers vary widely in potency. Some of the most commonly prescribed narcotics are Vicodin and Codeine, which can cause addiction in a matter of days of consistent use.

Other narcotics, such as Oxycodone, are significantly stronger and addiction to these is commonly thought to lead to other narcotic addictions. Some of the most potent prescription painkillers, such as Fentanyl, can kill people who simply come in contact with the drug who do not already have a tolerance to Opioids. 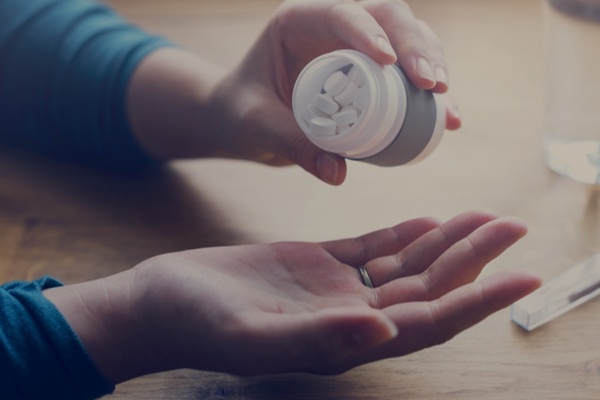 Heroin is famous for many reasons, one of which being the extreme nature of its withdrawal. Because Heroin is strictly illegal, users commonly experience a shortage in their supply and subsequently experience withdrawal.

The severity of symptoms associated with Heroin withdrawal are so extreme that people often return to using to ease the distress caused by opiate withdrawal. Symptoms typically include nausea, vomiting, pain, sweating, shaking, nervousness, drug cravings, agitation and depression, among others.

Though the list of symptoms may sound similar to a common flu, the severity of these symptoms is so extreme when occurring due to Heroin withdrawal that people are truly in danger. The extreme discomfort combined with emotional disturbances can lead to death in a number of ways.

The severity and duration of withdrawal symptoms associated with Meth, or crystal meth, depends greatly on the individual, the duration and intensity of use.

Stopping Meth causes a host of unpleasant symptoms, ranging from fever, chills, profuse sweating, sleep problems, heart palpitations, shaking, and respiratory failure. Withdrawal from this substance can be life-threatening, however, it is more often associated with non-fatal, but extremely uncomfortable withdrawal symptoms.

The sudden stoppage of Methamphetamine poses a great potential for relapse if support and proper care are not provided with the individual ceases active use of Meth. To ensure that the individual remains abstinent after stopping, find a detox center and inpatient addiction treatment center.

Alcohol is the most commonly abused substance and possibly the most dangerous substance to stop suddenly. Alcohol withdrawal is extremely dangerous and anyone who has become addicted to this substance should seek medical attention before quitting.

People detoxing off Alcohol require treatment at a higher level of care than others. Around the clock supervision and medication to prevent the worst of the withdrawal symptoms are the minimum level of recommended care.

Amphetamines have less serious side effects when stopped suddenly as compared to other substances. They do, however, cause significant emotional upheaval and distress. People who stopped prescription amphetamines, such as Adderall, have been known to attempt suicide.

Adderall, Vyvanse, Dexedrine and other ADHD amphetamine medications cause a striking increase in mood. When drugs such as these are removed suddenly, the individual may experience a significant depression. The sudden onset and the severity of this drop in mood can make it unusually dangerous. 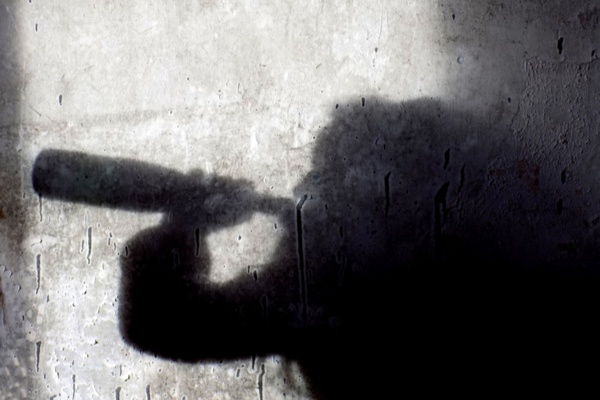 At A Better Today Recovery Services, we understand the importance of providing individualized treatment to each person that comes through our doors. No two individuals have the same story or needs, which is why we tailor-fit a treatment protocol to best accommodate the needs and wants of our patients.

Medications are often used to help individuals ease off substances. IV therapy and nutrition therapy also help rebuild the body and mind on a cellular level.

After detox, our patients proceed to the inpatient rehab phase of treatment. This is where the work begins. Patients work on the underlying issues that lead them to use, as well as trauma and other complicating issues that arose as a result of using.

Inpatient treatment is not the end of the treatment protocol. Aftercare plans are made with each patient completing inpatient rehab. Typically, evening Intensive Outpatient Therapy and sober living are recommended to those who want a firm foundation in sobriety.

Throughout the different phases of treatment and beyond, we help patients find a healthier, happier way to live. Finding themselves and what brings joy and fulfillment is a huge part of our story. We hope you will help us write the next chapter.

Learning About Substance Abuse Treatment & Recovery is Half the Battle

Realizing that your loved one has a drug or alcohol abuse problem is nerve wrecking. When put in that situation, people tend to feel powerless to help their addicted loved one and the only way to help them is through learning. Knowledge is power and when it comes to substance abuse treatment, the only power we have over their need for their drug is to educate them.

Getting knowledge from reputable sources that are unbiased and proven to be effective in the scientific or psychology community is vital. A Better Today Recovery Services takes pride in offering knowledge from reliable sources that are up to date and relevant in helping you convince your loved one they need to get clean in rehab. Checkout the list below to learn more about where ABTRS got their information.

NIDA. (2018, July 20). Drugs, Brains, and Behavior: The Science of Addiction. Retrieved from https://www.drugabuse.gov/publications/drugs-brains-behavior-science-addiction on 2019, February 18

Center for Behavioral Health Statistics and Quality. (2016). Key substance use and mental health indicators in the United States: Results from the 2015 National Survey on Drug Use and Health (HHS Publication No. SMA 16-4984, NSDUH Series H-51). Retrieved from http://www.samhsa.gov/data/